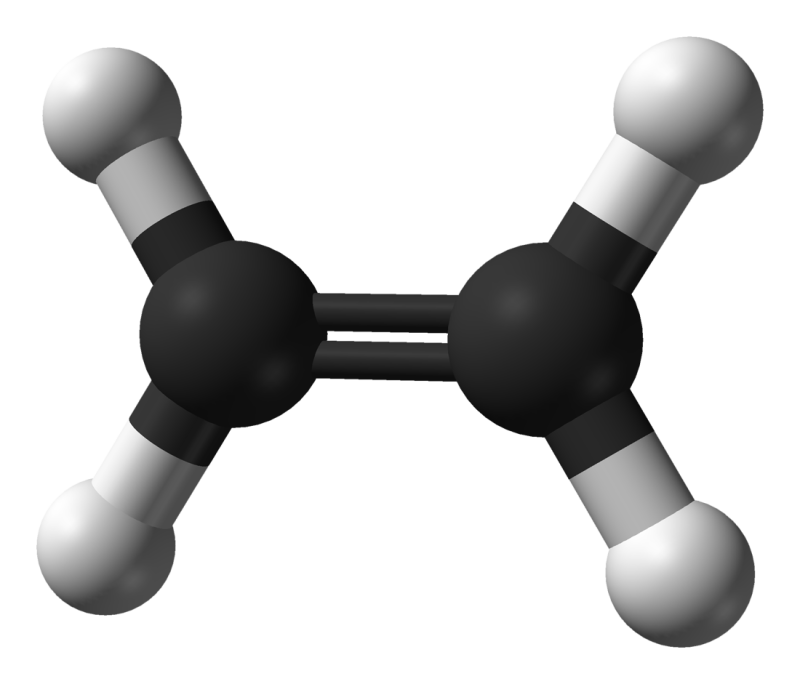 A team of American researchers at Brown University chemists has come up with a potential way to put some of it to good use,
researchers work hard to face global warming and one of the main reasons of global warming the world has more carbon dioxide than it needs result of burning fuel, The researchers developed a new composite catalyst using nitrogen-rich graphene dotted with copper nanoparticles. A study, published showed that the new graphene catalysts can efficiently and selectively convert carbon dioxide to ethylene, one of the world’s most important commodity chemicals.
Ethylene is used to make plastics, construction materials, and other products. Chemical companies produce ethylene by the millions of tons each year using processes that usually involve fossil fuels. If excess carbon dioxide can indeed be used to make ethylene, like the results of this study imply, it could help make the chemical industry become more sustainable and eco-friendly. There is, however, much more work to be done before bringing such a process to an industrial scale.

“We hope that this new catalyst could be a step toward a greener way to produce ethylene,” said Shouheng Sun, a professor of chemistry and engineering at Brown, whose research team developed the catalyst. “There is much more work to be done to bring such a process to an industrial scale, but this is a start.” 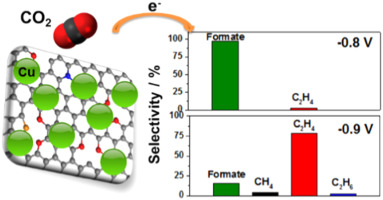 Carbon dioxide is a stable form of carbon, and breaking it down into active carbon forms is no easy task. While some catalysts can do the job, they generally do not have good selectivity, meaning they create a variety of different reaction products.
The researchers experimented with copper nanoparticles deposited on several different graphene surfaces – pure graphene, graphene oxide, and graphene doped with nitrogen in various forms. The study showed that seven-nanometer copper particles deposited on graphene doped with pyridinic nitrogen (an arrangement that causes nitrogen atoms to be bonded to two carbon atoms) had the best performance. That arrangement had selectivity for ethylene of 79%, significantly higher than other approaches, according to the study.

Researchers found monodisperse Cu nanoparticles (NPs) assembled on a pyridinic-N rich graphene (p-NG) support show a Cu NP mass- and size-dependent catalysts for the selective electrochemical reduction of CO2 to ethylene (C2H4). For the 7 nm, Cu NPs assembled on the p-NG with the p-NG/Cu mass ratio of 1:1, the C2H4 formation Faradaic efficiency and hydrocarbon selectivity reach 19% and 79% respectively at −0.9 V (vs reversible hydrogen electrode). The p-NG itself can catalyze the CO2 reduction to formate, but in the composite p-NG-Cu structure, the pyridinic-N functions as a CO2 and proton absorber, facilitating hydrogenation and carbon–carbon coupling reactions on Cu for the formation of C2H4. The work demonstrates a new strategy to improve Cu NP catalytic activity and selectivity for the electrochemical reduction of CO2 for sustainable chemistry and energy applications.

“Most other techniques produce ethylene, methane, carbon monoxide — all kinds of things that you would then have to separate,” Sun said. “We wanted something that could be more selective.”

Qing Li, a former postdoctoral fellow in Sun’s lab and now a professor at Huazhong University of Science and Technology in China, thought a catalyst that combines copper nanoparticles with graphene might be effective. Sun’s lab had previously shown that metal nanoparticles, when tuned to the right size, could have increased reactivity. Graphene, one-atom-thick sheets of carbon, has also been shown to increase catalyst reactivity.
It is not entirely clear what about the new catalyst is responsible for its performance, but Li and Sun propose a few ideas.

“It’s probably a synergistic effect,” Li said. “The pyridinic nitrogen helps to anchor the copper nanoparticles and change the electronic environment around them, which changes the reaction pathway to selectively produce ethylene.”

Sun noted that carbon dioxide can serve as a weak Lewis acid — a compound that accepts electrons from donor compounds. Pyridinic nitrogen in the nitrogen-doped graphene forms a Lewis base center.

“We think that the presence of this Lewis base center helps to draw more carbon dioxide close to the copper for the observed catalysis,” Sun said.

The researchers plan to continue work with the new catalyst, possibly using it in tandem with other catalysts to produce different reaction products.