In 2016, annual global semiconductor sales reached their highest-ever point, at $339 billion worldwide. In that same year, the semiconductor industry spent about $7.2 billion worldwide on wafers that serve as the substrates for microelectronics components, which can be turned into transistors, light-emitting diodes, and other electronic and photonic devices.

A new technique developed by MIT engineers may vastly reduce the overall cost of wafer technology and enable devices made from more exotic, higher-performing semiconductor materials than conventional silicon.
The new method, reported today in Nature, uses graphene single-atom-thin sheets of graphite as a sort of “copy machine” to transfer intricate crystalline patterns from an underlying semiconductor wafer to a top layer of identical material.
The engineers worked out carefully controlled procedures to place single sheets of graphene onto an expensive wafer. They then grew semiconducting material over the graphene layer. They found that graphene is thin enough to appear electrically invisible, allowing the top layer to see through the graphene to the underlying crystalline wafer, imprinting its patterns without being influenced by the graphene.
Graphene is also rather “slippery” and does not tend to stick to other materials easily, enabling the engineers to simply peel the top semiconducting layer from the wafer after its structures have been imprinted.
Jeehwan Kim, the Class of 1947 Career Development Assistant Professor in the departments of Mechanical Engineering and Materials Science and Engineering, says that in conventional semiconductor manufacturing, the wafer, once its crystalline pattern is transferred, is so strongly bonded to the semiconductor that it is almost impossible to separate without damaging both layers.

“You end up having to sacrifice the wafer it becomes part of the device,” Kim says.
With the group’s new technique, Kim says manufacturers can now use graphene as an intermediate layer, allowing them to copy and paste the wafer, separate a copied film from the wafer, and reuse the wafer many times over. In addition to saving on the cost of wafers, Kim says this opens opportunities for exploring more exotic semiconductor materials.
“The industry has been stuck on silicon, and even though we’ve known about better-performing semiconductors, we haven’t been able to use them, because of their cost,” Kim says. “This gives the industry freedom in choosing semiconductor materials by performance and not cost.”
Kim’s research team discovered this new technique at MIT’s Research Laboratory of Electronics. Kim’s MIT co-authors are first author and graduate student Yunjo Kim; graduate students Samuel Cruz, Babatunde Alawonde, Chris Heidelberger, Yi Song, and Kuan Qiao; postdocs Kyusang Lee, Shinhyun Choi, and Wei Kong; visiting research scholar Chanyeol Choi; Merton C. Flemings-SMA Professor of Materials Science and Engineering Eugene Fitzgerald; professor of electrical engineering and computer science Jing Kong; and assistant professor of mechanical engineering Alexie Kolpak; along with Jared Johnson and Jinwoo Hwang from Ohio State University, and Ibraheem Almansouri of Masdar Institute of Science and Technology.

Graphene shift :
Since graphene’s discovery in 2004, researchers have been investigating its exceptional electrical properties in hopes of improving the performance and cost of electronic devices. Graphene is an extremely good conductor of electricity, as electrons flow through graphene with virtually no friction. Researchers, therefore, have been intent on finding ways to adapt graphene as a cheap, high-performance semiconducting material.
“People were so hopeful that we might make really fast electronic devices from graphene,” Kim says. “But it turns out it’s really hard to make a good graphene transistor.”
In order for a transistor to work, it must be able to turn a flow of electrons on and off, to generate a pattern of ones and zeros, instructing a device on how to carry out a set of computations. As it happens, it is very hard to stop the flow of electrons through graphene, making it an excellent conductor but a poor semiconductor.
Kim’s group took an entirely new approach to using graphene in semiconductors. Instead of focusing on graphene’s electrical properties, the researchers looked at the material’s mechanical features.
“We’ve had a strong belief in graphene because it is a very robust, ultrathin, material and forms very strong covalent bonding between its atoms in the horizontal direction,” Kim says. “Interestingly, it has very weak Van der Waals forces, meaning it doesn’t react with anything vertically, which makes graphene’s surface very slippery.” 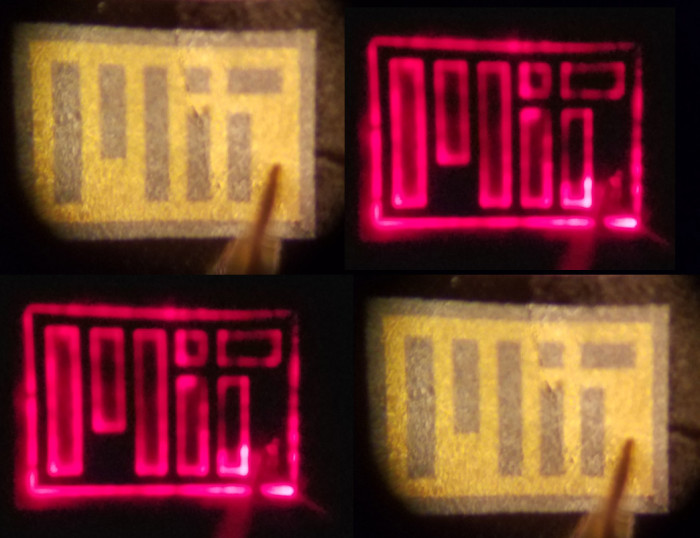 An example of Graphene ‘copy machine’ shows LEDs grown on graphene and then peeled.

Copy and peel:
The team now reports that graphene, with its ultrathin, Teflon-like properties, can be sandwiched between a wafer and its semiconducting layer, providing a barely perceptible, nonstick surface through which the semiconducting material’s atoms can still rearrange in the pattern of the wafer’s crystals. The material, once imprinted, can simply be peeled off from the graphene surface, allowing manufacturers to reuse the original wafer.
The team found that its technique, which they term “remote epitaxy,” was successful in copying and peeling off layers of semiconductors from the same semiconductor wafers. The researchers had success in applying their technique to the exotic wafer and semiconducting materials, including indium phosphide, gallium arsenide, and gallium phosphide—materials that are 50 to 100 times more expensive than silicon.
Kim says that this new technique makes it possible for manufacturers to reuse wafers of silicon and higher-performing materials “conceptually, ad infinitum.”

An exotic future :
The group’s graphene-based peel-off technique may also advance the field of flexible electronics. In general, wafers are very rigid, making the devices they are fused to similarly inflexible. Kim says now, semiconductor devices such as LEDs and solar cells can be made to bend and twist. In fact, the group demonstrated this possibility by fabricating a flexible LED display, patterned in the MIT logo, using their technique.
“Let’s say you want to install solar cells on your car, which is not completely flat—the body has curves,” Kim says. “Can you coat your semiconductor on top of it? It’s impossible now because it sticks to the thick wafer. Now, we can peel off, bend, and you can do conformal coating on cars, and even clothing.”
Going forward, the researchers plan to design a reusable “mother wafer” with regions made from different exotic materials. Using graphene as an intermediary, they hope to create multifunctional, high-performance devices. They are also investigating mixing and matching various semiconductors and stacking them up as a multi-material structure.
“Now, exotic materials can be popular to use,” Kim says. “You don’t have to worry about the cost of the wafer. Let us give you the copy machine. You can grow your semiconductor device, peel it off, and reuse the wafer.” 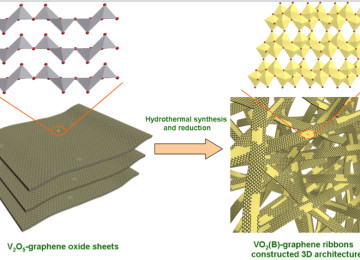