Sporting goods may be designed to provide a user with a competitive advantage, improve durability, enhance the user’s comfort, or protect the user from being injured. The marketability of sporting goods may depend on how effective they are in providing such benefits.
As such, manufacturers of sporting goods continually seek to improve the materials and designs used in the construction of their products, so use to carbon fibers in many goods to make it more strong and less weight and now many of manufacture aim to use Graphene in products because it the most strong materials in the world! 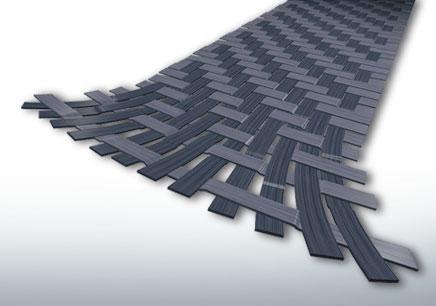 One surprising fact is that while carbon fibers are generally thought of as a space-age material, their lineage actually dates back to the late 1800s. Thomas Edison used carbon fibers in his early light bulb filaments, which required the ability to conduct electricity while remaining fire resistant and capable of enduring the intense heat needed to create incandescence.

In order to make the fibers, you start with a raw material, or precursor. Edison took a cellulose-based precursor such as bamboo and baked it at high temperature in a controlled atmosphere in a carbonization process known as “pyrolysys.” It’s similar to what we still do today.

The technology took a long time to evolve. Bamboo and other such materials were not replaced as precursors until the introduction of rayon into the process in the late 1950s. That yielded the first high-tensile-strength fibers. Shortly thereafter, in the early 1960s, modern CF arrived with the discovery that polyacrylonitrile, derived from petroleum, was the ideal precursor. However, this early manufacturing process produced a fiber that was only 55% carbon.

Graphene enters in sporting goods:
Manufacturers work to enhance products by graphene in all sporting goods like golf clubs, skis, rackets, athletic footwear, snowboards, padding and protective equipment, and/or other types of sports products known in the art.
While adding material to sporting goods may improve their ability to resist wear, absorb impacts, dampen vibrations, or perform other advantageous functions, it may also add bulk and weight to the sporting goods. The added bulk and weight may negate the advantages by increasing a user’s discomfort, or hindering a user’s movement or performance. Thus, sporting goods are often times constructed of lightweight, thin materials. However, if the materials are too thin or weak, they may lose their effectiveness, or may be easily damaged. A balance must be struck between these considerations. 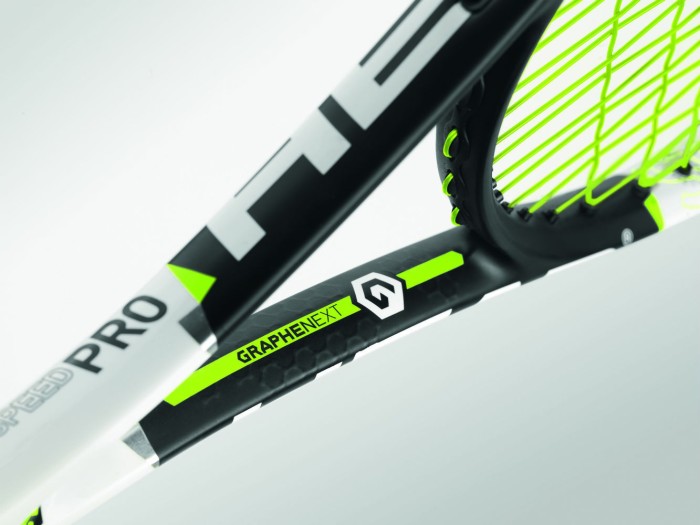 Graphene sporting goods now available:
One of famous graphene sporting goods graphene-reinforced rackets are being promoted by the likes of Novak Djokovic and Maria Sharapova, with users reporting increased precision and ease of use, accompanied by decreased racket weight. In one of the early promotional videos, Novak’s new racket is called his “secret weapon”. The composition of the racket and the role of graphene was indeed secret, until the publishing of the graphene racket patent application.

In US patent application number 20130090193 describes the use of graphene as a reinforcing element in the build of a tennis racket. The graphene is embedded into an epoxy matrix, which makes at least a part of the racket’s structure. The use of graphene increases the racket’s performance, making it lighter in weight yet more durable than rackets used to date. The graphene also makes the racket’s stiffness along different directions more proportional, addressing a problem commonly experienced with non-graphene reinforced fibers. This means that tennis players will now have more freedom to throw their racket against the ground upon losing a point, knowing that graphene is there to help the racket survive and be used again.