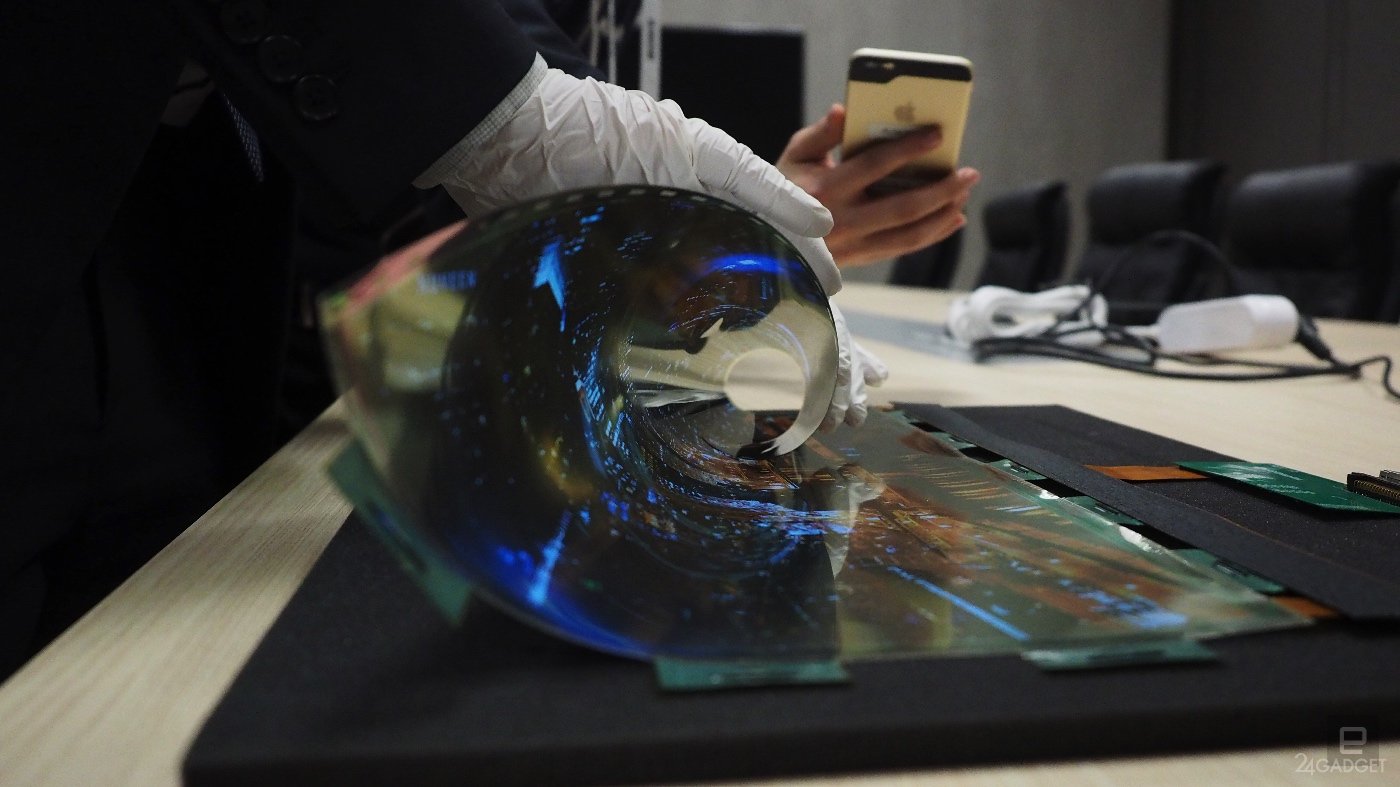 Perhaps you hope or have dreams get flexible displays on your phone or smartwatch, but there’s a good reason you don’t find them everywhere the transparent electrodes in many OLED screens are too fragile to take a lot of abuse. That might change in the long run, though. South Korean researchers have made the first OLED panel that uses graphene for its electrodes.
The researchers replaced the traditional indium tin oxide electrodes, located inside the largest OLED panel substrate available, measuring 370mm by 470mm, with graphene electrodes. They’re just five nanometers thick. For comparison, pluck a hair out of your head, and it’ll measure about 80,000 to 90,000 nanometers thick. Combine this incredibly small size with flexibility, resistance to damage, and high-performance attributes, and the significance becomes clear.
The hyped wonder material is both flexible and shouldn’t chip, which is more than a little important for a display that you’re going to bend and twist. This will ideally lead to displays woven into your clothes, or next-generation wearables that can take a lot of punishment.

The approach works with very large OLED panels, and you can pattern it into custom shapes that fit your exact needs. Expect some creative displays, in other words. 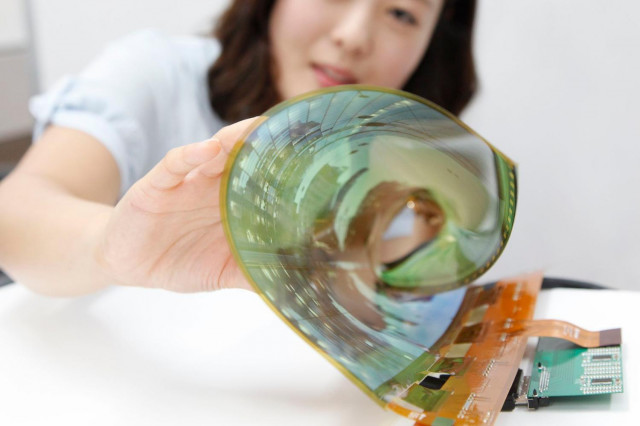 Flexible OLED displays will come in phones or smartwatches in future

For wearables and clothes to get smarter, we need screens that bend and flex to match our bodies, and that’s where super thin and flexible graphene-enhanced substrates, encased in flexible materials like plastic, come into play. The research team’s next step is to try using a plastic substrate rather than glass, boosting flexibility, and increasing the screen’sAccording to the head of the research team at South Korea’s Electronics and Telecommunications Research Institute, which developed the electrodes alongside technology company Hanwha Techwin, its success means manufacturers can push ahead with the commercialization of graphene-based OLED panels.
Graphene has a reputation as a “wonder material,” and it has found a range of uses in the technology industry, from batteries to filters that can turn salt water into safe drinking water. Its use in displays has been investigated for several years, and various prototypes have been produced. Earlier this year, the first OLED electrodes made from graphene were created in Germany, at which time it was estimated we’d see the first products that incorporate them arrive in two or three years.

Unlike many graphene inventions, there is a real chance this could escape the lab. The scientists want to commercialize flexible OLED screens within 5 years, and LG Display sees graphene helping to make that a reality. With that said, there’s good reason to remain skeptical. Many, many researchers have heralded breakthroughs in graphene, but mass-producing it is still a challenge. The team will have to find a way to make these electrodes en masse for them to exist as more than a clever idea.