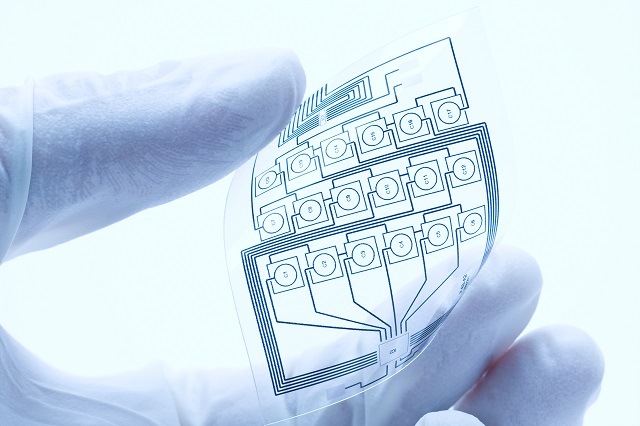 Graphene ink new kind of ink allows graphene and other electrically conducting materials to be added to conventional water-based inks and can print using typical commercial equipment, Graphene ink developed by researchers at the University of Cambridge in collaboration with Cambridge-based technology company Novalia, and this the first time that graphene has been used for printing on a large-scale commercial printing press at high speed.

Graphene inks offer a versatile method for a rapid fabrication of electronic devices. GNext ink can be printed employing many common techniques on a wide range of substrates, including polymeric films, biopolymers such as example PLA, and achieving a volume resistivity below 4 ohm/sq/mil using commercial printers.

Researchers expect graphene ink give an incredibly flexible enabling technology this method will allow us to put electronic systems into entirely unexpected shapes, Graphene can work well even when just an atom thick or 14nanometres, meaning it can create a very flexible form. Various scientists have made unique inventions with graphene ink, just one atom thick. Its flexibility, optical transparency and electrical conductivity make it suitable for a wide range of applications, including printed electronics. Although numerous laboratory prototypes have been demonstrated around the world, widespread commercial use of graphene is yet to be realised.
Dr Tawfique Hasan of the Cambridge Graphene Centre (CGC) and his colleagues have invented prototype of a transparent and flexible piano using graphene-based inks made by printing piano circuit board onto a garment using highly conductive graphene, to the amazement of many, they have also printed its digital display onto a kinky plastic using graphene ink.

Scientists have developed electronic ink that can print on a laser to conduct electricity, Some developers have suggested the use of printable circuits in embedding health monitors in garments. They have also said there is a possibility of having graphene phone displays printed on human skin. For instance, people who love watching TV in bed can have a television printed on their hands. The graphene ink can also be used in cargo loading zones; preferably airports to ensure planes are loaded with the right cargo, In addition, to the new applications the method will open up for graphene, it could also initiate entirely new business opportunities for commercial graphics printers, who could diversify into the electronics sector.