Australian researchers at the Swinburne University of Technology work to solve one of main problems in the optical computer structure, the optical or photonic computing technology depend on uses photons produced by lasers or diodes for computation rather than electric pulses in computer data and processing . For decades, photons have promised to allow a higher bandwidth than the electrons used in conventional computers.

These optical computers require devices called photonic chips, which store information as photons instead of electrons, and allow that information to move at light speed – and scientists are very excited about it. NASA is already using it, and the technology is getting more and more impressive. But there are still some limitations, and one of those is having lenses thin enough to split beams of light and divert them around the chip.
Attempts to make these lenses in the past have required expensive and impractical materials such as gold, but Australian researchers working on a solution, and they’ve managed to produce a lens using graphene oxide that’s not only thin enough to overcome the diffraction limit, but is also cheap, strong, flexible, and easy to produce.
They have used graphene to create a lens that’s so flat, it’s 300 times thinner than a sheet of paper and weighs just 1 microgram. That means it’s small enough to split a beam of single photons – something that’s going to be crucial if we ever want to develop optical computers that process data at the speed of light. 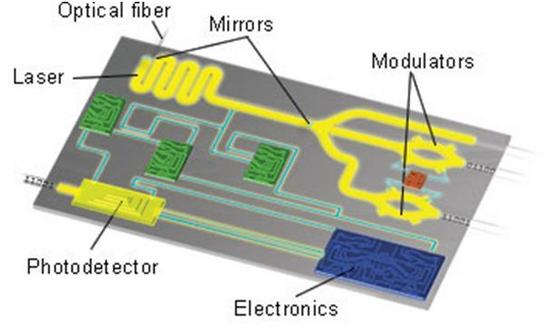 Most research projects focus on replacing current computer components with optical equivalents, resulting in a photonic digital computer system processing binary data. This approach appears to offer the best short-term prospects for commercial optical computing since optical components could be integrated into traditional computers to produce an optical/electronic hybrid. Other research projects take a non-traditional approach, attempting to develop entirely new methods of computing that are not physically possible with electronics.

Will you see a photonic desktop supercomputer on your table soon? Might be or might not be, even though remember when the current electronic transistor was invented some 40 years ago there weren’t any computers to automate the design and manufacturing process, but we do have them now and also remember what happened to the slide rule 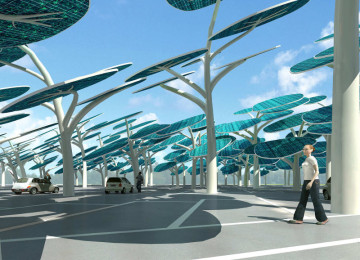