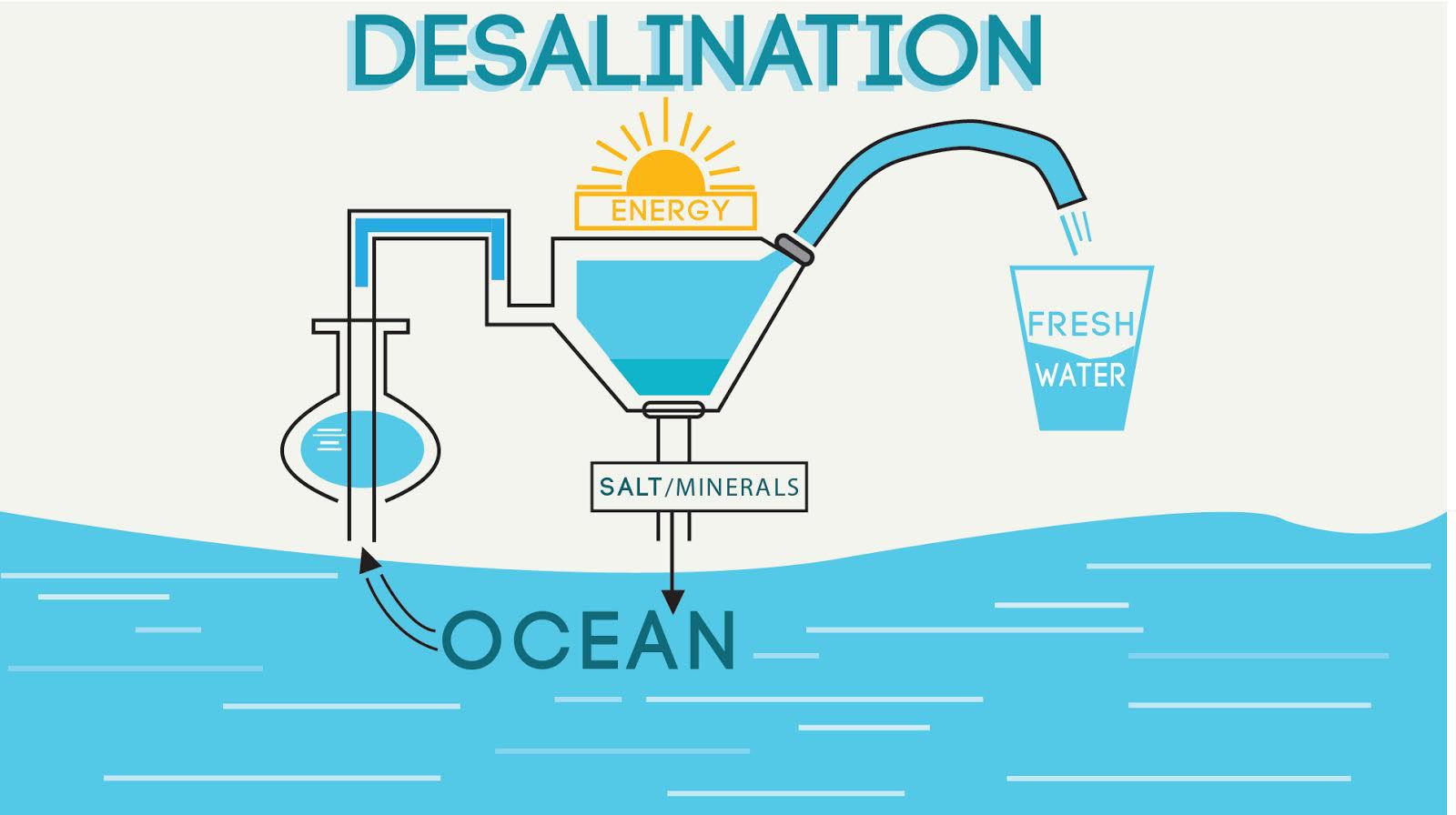 To those uninitiated to the costs of thermal desalination of water, the idea of simply vaporizing water to take out the impurities seems like it would offer a limitless supply of fresh water just by using it on the world’s oceans. However, the energy costs for thermal desalination has been estimated at around 80 megawatt-hours per megaliter of water produced, rendering it too costly for just about everyone except the Gulf States rich in oil and desperate for fresh water.

One way around these high-energy costs has been thought to be solar-powered thermal desalination, which can help produce clean water in remote areas and developing countries. However, the solar approach to water desalination is rather limited in the amount of fresh water it can produce and is further hampered by the need for optical concentrators and for thermal insulation, both of which have limited the large-scale use of this approach.

Now researchers at Nanjing University in China have developed a solar absorber material made from graphene oxide that enables a solar approach to desalinating water without the need for solar concentrators and thermal insulation. The result could be a low-cost, portable water desalination solution ideally suited for developing countries and remote areas.

“It is the first time that high solar steam efficiency under one sun has been achieved without any external thermal insulation,” explains Jia Zhu, a researcher at Nanjing University, in an e-mail interview with IEEE Spectrum. “Plus it is highly foldable and low cost, feasible for large-scale deployment.”

Previous solar thermal desalination suffered from an almost paradoxical phenomenon: You want to have a solar absorber in direct contact with the water to ensure the most efficient transfer of energy between the two. However, in practice all that unheated water next to the water in contact with the absorber leads to a huge amount of thermal loss, requiring a lot of thermal insulation.

In research described in the Proceedings of the National Academy of Sciences (PNAS), the Nanjing researchers overcame this problem by not placing their graphene-oxide solar absorber in direct contact with the bulk of the water. Instead, a thermal insulator made from polystyrene foam separates the water and solar absorber. A two-dimensional channel made from cellulose is wrapped around the thermal insulator with the bottom side of the cellulose in contact with the water and the solar absorber on the top. The water circulates around this 2D channel through capillary action and gets heated by the absorber without the rest of the water dissipating the heat.

The key to getting this all to work is the graphene oxide used as the absorber. Without the graphene oxide’s unique collection of properties, even the ingenious 2D channel for circulating the water would not do the trick.

“First, it is an excellent solar absorber,” says Zhu. It has low thermal conductivity in the direction perpendicular to the material’s plane; it has pores that act as channels for water vapor; it can be folded, and it’s low cost, he says.

While the graphene-oxide thermal desalinator certainly does offer some key advantages, Zhu concedes that the system’s its long-term stability in a real-world environment still needs to be tested.

But the researchers maintain lofty expectations for this technology. Zhu adds: “Our goal is to provide a portable or personalized water solution, much needed in many parts of the world. In addition, we are exploring other applications that would take advantage of this solar steam generation, such as sterilization and power generation.”