Scientists didn’t even need a pound of graphene to prove that it is, on average, 10 times better than steel at scattering kinetic energy.

The findings show that graphene’s ability to be stiff, strong, and elastic all at the same time gives it an extraordinary potential for use as body armor or for shielding spacecraft, illustration of the pattern left by a micro-bullet fired at graphene

For a new study, researchers fired microscopic projectiles at multilayer sheets of graphene to see just how hard it is to penetrate at the nano level and how strong graphene could be in macroscopic applications.

The technique could help measure the strength of a wide range of materials.

While other labs have looked extensively at graphene’s electronic properties and tensile strength, nobody had taken comprehensive measurements of its ability to absorb an impact, says Edwin “Ned” Thomas, dean of the George R. Brown School of Engineering at Rice University.

The lab pioneered its Laser-Induced Projectile Impact Test (LIPIT), which uses the energy from a laser to drive micro-bullets away from the opposite side of an absorbing gold surface at great speed. In 2012, they first used an earlier version of LIPIT to determine the properties of multiblock copolymers that could not only stop micro-bullets but also completely encase them.
Since that study, Thomas and lead author Jae-Hwang Lee, a former research scientist at Rice and now an assistant professor at University of Massachusetts at Amherst, have enhanced their technique to fire single microscopic spheres with great precision at speeds approaching 3 kilometers per second much faster than a speeding bullet from an AK-47.

Graphene is many times better than steel at absorbing the energy

For the study, published in the journal Science, the researchers built a custom stage to line up multilayer graphene sheets mechanically drawn from bulk graphite. They tested sheets ranging from 10 to 100 nanometers thick (up to 300 graphene layers). They then used a high-speed camera to capture images of the projectiles before and after hits to judge their speed and viewed microscope images of the damage to the sheets.

In every case, the 3.7-micron spheres punctured the graphene. But rather than a neat hole, the spheres left a fractured pattern of “petals” around the point of impact, indicating the graphene stretched before breaking.

“We started writing the paper about the petals, but as we went along, it became evident that wasn’t really the story,” Thomas says. “The bullet’s kinetic energy interacts with the graphene, pushes forward, stretches the film, and is slowed down.”

The experiments revealed graphene to be a stretchy membrane that, in about 3 nanoseconds before puncture, distributes the stress of the bullet over a wide area defined by a shallow cone centered at the point of impact. Tensile stress cannot travel faster than the speed of sound in materials, and in graphene, it’s much faster than the speed of sound in air (1,125 feet per second).

“For graphene, we calculated the speed at 22.2 kilometers per second, which is higher than any other known material,” Thomas says.

As a micro-bullet impacts the graphene, the diameter of the cone it creates determined by later examination of the petals provides a way to measure how much energy the graphene absorbs before breaking.

“The game in protection is getting the stress to distribute over a large area,” Thomas says. “It’s a race. If the cone can move out at an appreciable velocity compared with the velocity of the projectile, the stress isn’t localized beneath the projectile.”

Graphene is ideal material for space and army :

The controlled layering of graphene sheets could lead to lightweight, energy-absorbing materials.

“Ideally you would have a lot of independent layers that aren’t too far apart or so close that they’re touching because the loading goes from tensile to compressive,” Thomas says. That would defeat the purpose of spreading the strain away from the point of impact.

LIPIT could be used to test many experimental materials, Thomas says. “Before you scale a project up, you’ve got to know what will work. LIPIT lets us develop rapid methodologies to test nanoscale materials and find promising candidates. We’re working to demonstrate to NASA and the military that these microscopic tests are relevant to macroscopic properties.”

The paper’s coauthors are Rice graduate student Phillip Loya and Jun Lou, an associate professor of materials science and nanoengineering. The Defense Threat Reduction Agency and the Welch Foundation supported the research. 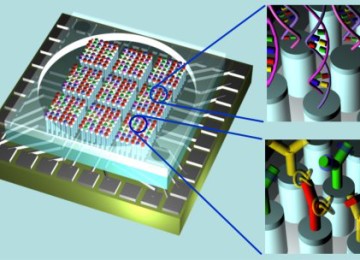