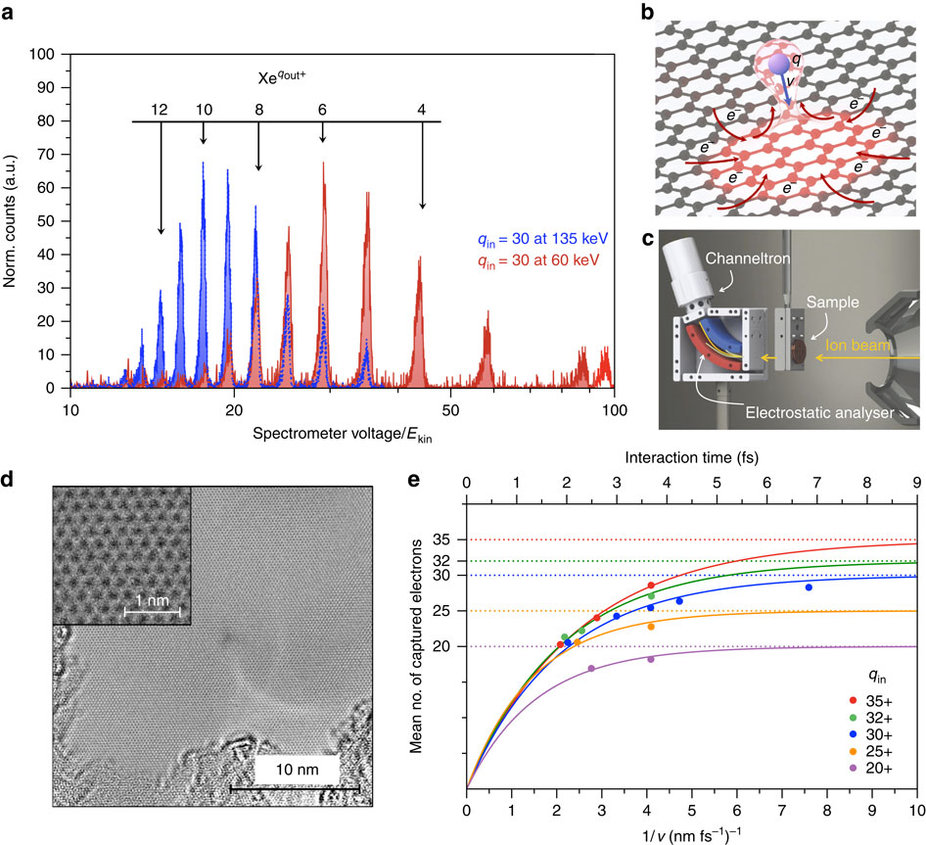 Researchers were able to demonstrate that the electrons in graphene are extremely mobile and react very quickly. Impacting xenon ions with a particularly high electric charge on a graphene film causes a large number of electrons to be torn away from the graphene in a very precise spot. However, the material was able to replace the electrons within some femtoseconds. This resulted in extremely high currents, which would not be maintained under normal circumstances. It’s extraordinary electronic properties make graphene a very promising candidate for future applications in the field of electronics.

In this research present the results for the ultimately thin carbon target, a freestanding single layer of graphene. Measurements of the charge state and energy of the transmitted ions and time-dependent density functional theory (TDDFT) calculations show that large number of electrons are extracted from a very small surface area, which implies a high local surface current density. We identify a multielectron process and estimate the relevant timescales for charge transfer along the graphene layer. For example, while passing through SLG, the HCI with initial charge state qin=30 captures ∼25 electrons on a timescale of a few fs. Based on the experimental data, a lower bound for the current densities reached locally within a nm2 area is at least 1012 A cm−2 exceeding the breakdown current densities reported so far by three orders of magnitude.

‘We work with extremely highly charged xenon ions,’ explains Elisabeth Gruber, a Ph.D. student from Professor Aumayr’s research team. ‘Up to 35 electrons are removed from the xenon atoms, meaning the atoms have a high positive electric charge.’

These ions are then fired at a free-standing single layer of graphene, which is clamped between microscopically small brackets. ‘The xenon ion penetrates the graphene film, thereby knocking a carbon atom out of the graphene – but that has very little effect, as the gap that has opened up in the graphene is then refilled with another carbon atom,’ explains Elisabeth Gruber. ‘For us, what is much more interesting is how the electrical field of the highly charged ion affects the electrons in the graphene film.’ 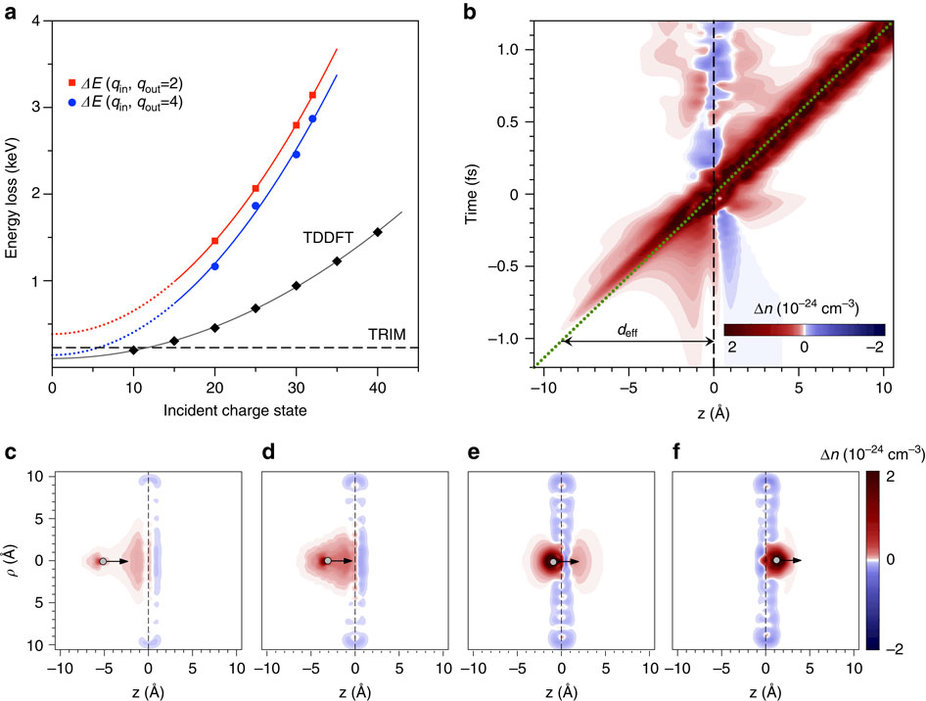 Ion energy loss results and a detailed view of the neutralization dynamics.

This means that electrons are now missing from the graphene layer, so the carbon atoms surrounding the point of impact of the xenon ions are positively charged. ‘What you would expect to happen now is for these positively charged carbon ions to repel one another, flying off in what is called a Coulomb explosion and leaving a large gap in the material,’ says Richard Wilhelm from the Helmholtz-Center Dresden-Rossendorf, who currently works at TU Wien as a postdoctoral assistant. ‘But astoundingly, that is not the case. The positive charge in the graphene is neutralised almost instantaneously.’

This is only possible because a sufficient number of electrons can be replaced in the graphene within an extremely short time frame of several femtoseconds (quadrillionths of a second). ‘The electronic response of the material to the disruption caused by the xenon ion is extremely rapid. Strong currents from neighbouring regions of the graphene film promptly resupply electrons before an explosion is caused by the positive charges repelling one another,’ explains Elisabeth Gruber. ‘The current density is around 1000 times higher than that which would lead to the destruction of the material under normal circumstances – but over these distances and time scales, graphene can withstand such extreme currents without suffering any damage.’

Opportunity to use in ultra-fast electronics:

This extremely high electron mobility in graphene is of great significance for a number of potential applications: ‘The hope is that for this very reason, it will be possible to use graphene to build ultra-fast electronics. Graphene also appears to be excellently suited for use in optics, for example in connecting optical and electronic components,’ says Aumayr
The way conduction electrons respond to ultrafast external perturbations in low dimensional materials is at the core of the design of future devices for (opto)electronics, photodetection and spintronics. Highly charged ions provide a tool for probing the electronic response of solids to extremely strong electric fields localized down to nanometre-sized areas. With ion transmission times in the order of femtoseconds, we can directly probe the local electronic dynamics of an ultrathin foil on this timescale. Here we report on the ability of freestanding single layer graphene to provide tens of electrons for charge neutralization of a slow highly charged ion within a few femtoseconds. With values higher than 1012 A cm−2, the resulting local current density in graphene exceeds previously measured breakdown currents by three orders of magnitude. Surprisingly, the passing ion does not tear nanometre-sized holes into the single layer graphene. We use time-dependent density functional theory to gain insight into the multielectron dynamics. 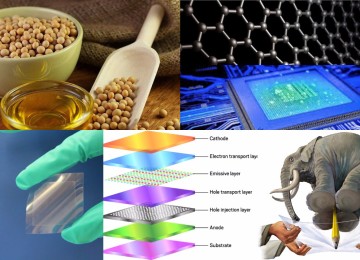