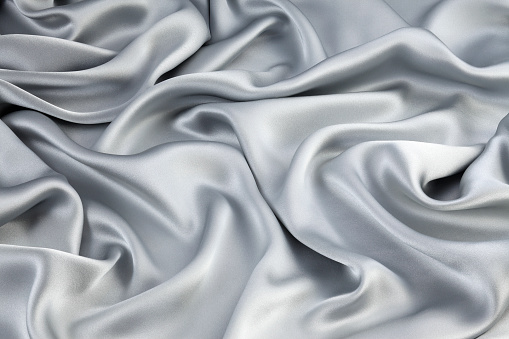 Silk the stuff of lustrous, glamorous clothing is very strong. Researchers now report a clever way to make the gossamer threads even stronger and tougher by feeding silkworms graphene or single-walled carbon nanotubes. The reinforced silk produced by the silkworms could be used in applications such as durable protective fabrics, biodegradable medical implants, and eco-friendly wearable electronics, they say.
Researchers have previously added dyes, antimicrobial agents, conductive polymers, and nanoparticles to silk—either by treating spun silk with the additives or, in some cases, by directly feeding the additives to silkworms. Silkworms, the larvae of mulberry-eating silk moths, spin their threads from a solution of silk protein produced in their salivary glands. 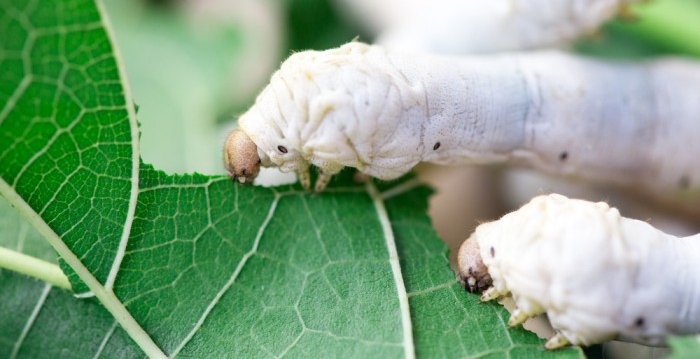 To make carbon-reinforced silk, Yingying Zhang and her colleagues at Tsinghua University fed the worms mulberry leaves sprayed with aqueous solutions containing 0.2% by weight of either carbon nanotubes or graphene and then collected the silk after the worms spun their cocoons, as is done in standard silk production. Treating already spun silk would require dissolving the nanomaterials in toxic chemical solvents and applying those to the silk, so the feeding method is simpler and more environmentally friendly.

And in high-resolution electron microscopy images of silk fibers after carbonization show that unmodified fibers have an amorphous graphite structure and  whereas the fibers modified with single-walled carbon nanotubes and graphene have more ordered structures.
In contrast to regular silk, the carbon-enhanced silks are twice as tough and can withstand at least 50% higher stress before breaking. The team heated the silk fibers at 1,050 °C to carbonize the silk protein and then studied their conductivity and structure. The modified silks conduct electricity, unlike regular silk. Raman spectroscopy and electron microscopy imaging showed that the carbon-enhanced silk fibers had a more ordered crystal structure due to the incorporated nanomaterials.
Some questions remain. One is exactly how the silkworms incorporate the nanomaterials in their silk. Another is what percentage of the nanomaterials eaten by the worms make it into the silk instead of being excreted or otherwise metabolized. The carbon materials are not visible in the cross sections of the silk threads, perhaps because the nanoparticle content is low, Zhang says. Answering these questions might be a task for biologists, she adds.
Polymer chemist Qing Shen at Donghua University reported similar work in 2014 using 30-nm-wide multiwalled carbon nanotubes, which also increased the silk fibers’ strength and toughness. Zhang says that the smaller, 1- to 2-nm-wide single-walled nanotubes her team uses “are more suitable for incorporation into the crystalline structures of silk protein.”
This work provides an “easy way to produce high-strength silk fibers on a large scale,” says materials scientist Yaopeng Zhang of Donghua University, who has fed titanium dioxide nanoparticles to silkworms to create super strong silk resistant to ultraviolet degradation. The electrical conductivity of the carbon-reinforced silk might make it suitable for sensors embedded in smart textiles and to read nerve signals, he says.