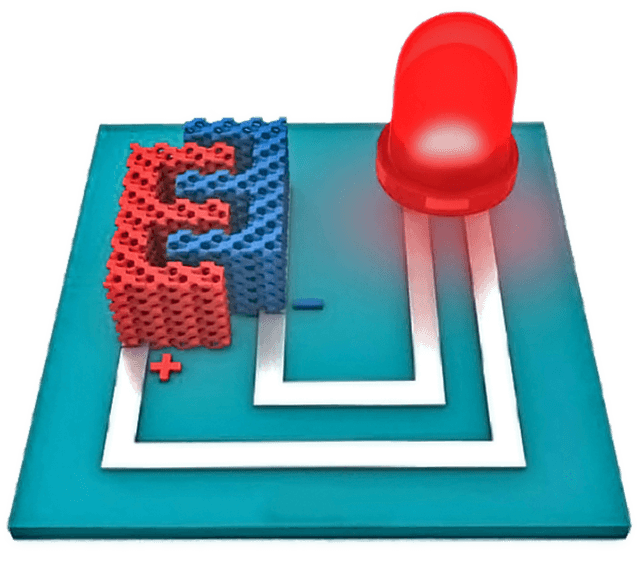 A company founded by a married couple has unveiled the world’s first ever graphene 3D-printed battery, heralding an era when consumers will be able to produce their own homemade power sources.

A team from Graphene 3D Lab, based in Calverton, New York, has spent more than five years designing a material which can be fashioned into a battery of any shape or size using a 3D printer.

Although the patent-pending technology is only in prototype form, the batteries can already produce the same amount of power as a common AA battery.

Often described as a “miracle material”, graphene is a single layer of carbon atoms arranged in a hexagonal lattice. It is 200 times stronger than steel and conducts electricity 30 times faster than silicon, making it perfect for producing batteries, computer chips and tough composites for use in the construction of everything from body armor to cars.

Dr. Elena Polyakova, C0O of Graphene 3D Lab, said: “There is a lot of excitement around graphene and we expect interest in our designs from several sectors including the military, aerospace and car industries.”

Other researchers have used graphene to produce long-lasting batteries capable of providing power for 25 percent longer than lithium-ion batteries, yet the researchers at Graphene 3D Lab said the key advantage of their design lies in its flexibility. The graphene batteries can be produced using nothing but a 3D printer and a mixture of plastics and graphene in a nanoplatelet form, which looks like a black powder. This mixture comes as filaments which need to be heated before being formed into any shape or size.

It’s easy to see how this technology would be useful in a number of situations where a variety of sorts of batteries are required but space is tight. Future space missions, for example, could carry 3D printers and use them to make batteries and other required parts.

“That is an exotic example, but a good one” added Dr. Polyakova. “A mission of that kind requires thousands of spare parts and dozens of different battery types. Our technology could remove the need to carry replacement batteries.”

Although the batteries do not yet produce enough juice to run smartphones or other thirsty consumer devices, they could easily provide enough electricity to power the sort of small transmitters or sensors which are likely to become increasingly prevalent in the internet of things.

“We have made the first prototype and proved to ourselves that this thing can work,” said Dr. Daniel Stolyarov, chief technology officer and co-founder of Graphene 3D Lab. “Now our plan is to offer the materials to consumers so they can print their own batteries.”

Graphene 3D Lab will begin selling the materials to make 3D batteries later this year and in the long-term, the company expects to produce a bespoke printer which will allow the speedy “one touch” production of batteries.

It has secured investment which means it is fully funded for 18 months. It intends to move to a revenue generating position within 12 months and is already listed on the Toronto stock exchange.

The new graphene battery was shown at an event during Inside 3D Printing Conference, which took place in Santa Clara, California.